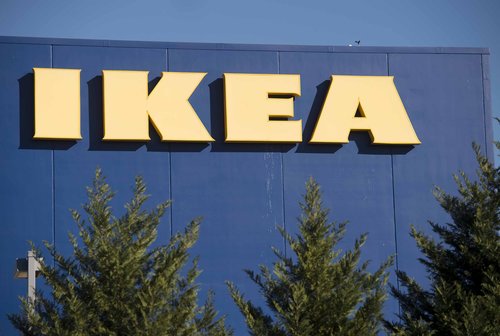 Ikea is shutting down its only furniture factory in the United States.The...

Ikea is shutting down its only furniture factory in the United States.

The Swedish company will end production this December at its plant in Danville, Virginia. Operations will move to Europe, where the company says it can cut costs.

'We made every effort to improve and maintain the competitiveness of this plant, but unfortunately the right cost conditions are not in place to continue production in Danville,' site manager Bert Eades said in a statement.

The Danville facility, which opened in 2008, employs 300 workers. Wooden products including shelves and storage units are made at the plant.

In justifying its decision, Ikea pointed to raw material prices, which it said are higher in the United States than Europe. Ikea operates plants in European countries including Poland, Russia and Sweden.

Senator Tim Kaine, a Democrat from Virginia, tweeted in 2018 that workers at the Danville plant were worried about how tariffs would affect costs. Kaine said the plant imports many raw materials.

Since Kaine visited the plant, the Trump administration imposed tariffs on imports of particle board, a common Ikea material, from China.

Ikea said Tuesday the decision to close the plant was not related to tariffs. It said that particle board used at the Danville plant is purchased from US suppliers.

A recent shift in Ikea's retail strategy to adapt to the growth of online shopping has led to job cuts in other parts of the business.

The company has been investing in online pickup services and digital fulfillment centers, and in 2017 bought TaskRabbit, an online marketplace for finding gig workers. It's also been opening smaller stores in big cities to attract younger shoppers.

Ingka Group, the Swedish holding company that owns and operates most of Ikea's stores, said last year that it would lay off about 7,500 employees, or 5% of its global workforce, and build 30 smaller stores in major cities around the world in the next few years.

The company said it could ultimately create 11,500 jobs as a result of this shift.